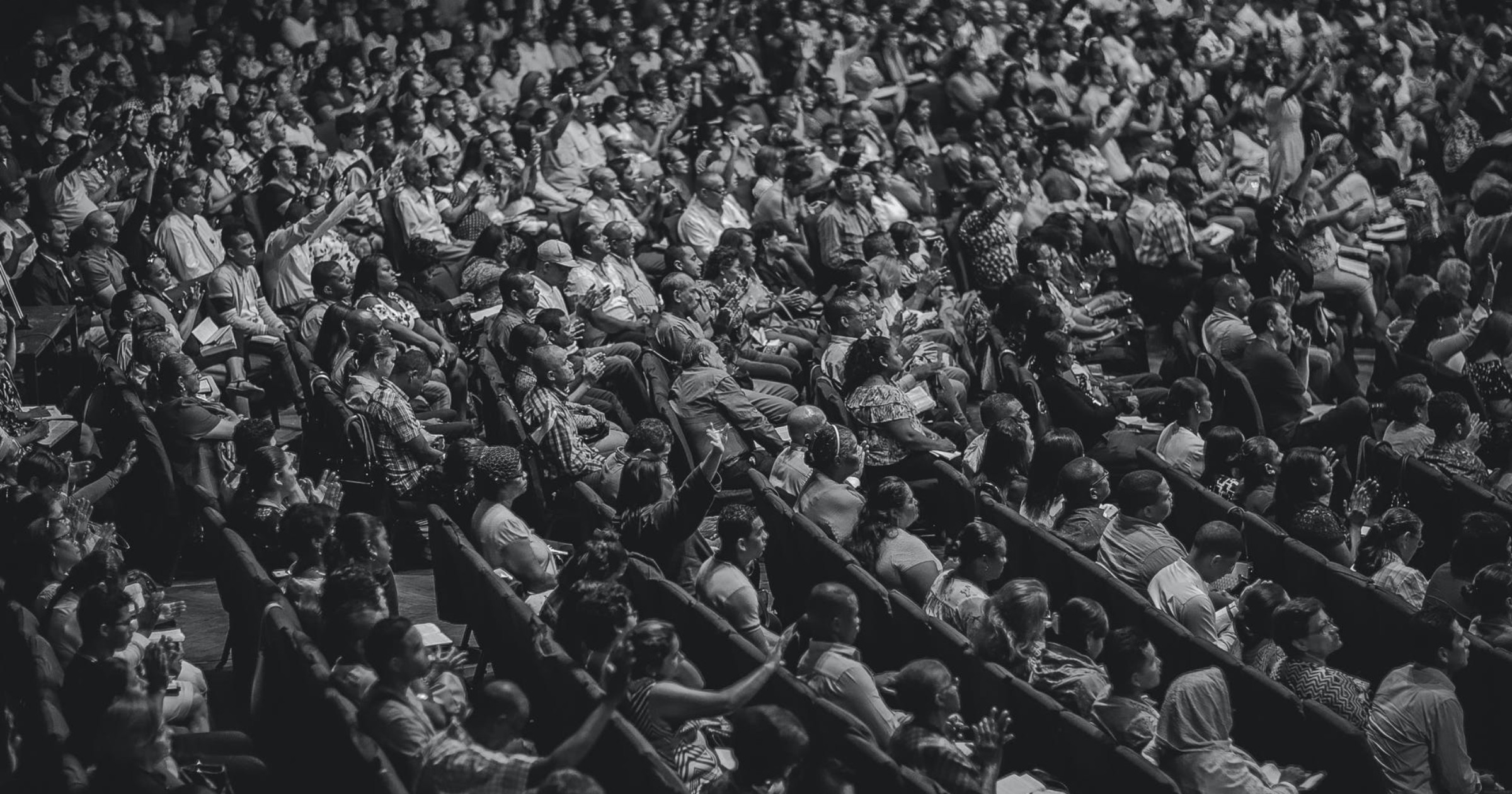 During the 1890s and for the first two decades of the 20th century, composers in Italy could hardly keep up with the public’s demand for new operas. This was the heyday of the verismo movement, which championed realistic depictions, however sordid, of everyday life.

For every verismo opera that has endured, like Mascagni’s “Cavalleria Rusticana,” there were scores of works that enjoyed success only to fall into oblivion. Some would say justified oblivion.

Not Duane D. Printz, the founding director of Teatro Grattacielo. Since 1997 this organization has presented an almost yearly rescue of a verismo opera in a concert performance. On Monday night at Jazz at Lincoln Center’s Rose Theater an enthusiastic audience turned out to hear a rarity: Ermanno Wolf-Ferrari’s melodramatic and colorful “I Gioielli Della Madonna” (“The Jewels of the Madonna”), first performed in 1911 in Berlin.

It was terrific fun, and interesting, to hear the full-throttled performance that Teatro Grattacielo presented here, with David Wroe conducting a large and committed cast, the Westfield Symphony Orchestra, the combined Cantori New York and Long Island University Chorus, the Chinese American Children’s Chorus, and — essential to the performance — the Due Colori Ensemble of mandolins and guitars.

Maliella is an alluring young woman adopted as a child by Carmela, a struggling, goodhearted woman, the mother of Gennaro, a blacksmith. Gennaro can no longer contain his longing for his foster sister. But Maliella falls under the spell of a handsome, fearless young man, Rafaele, the head of the Camorra, a kind of Neapolitan mafia outfit.

The opera begins on the feast day of the Madonna in a small piazza in Naples, and the frenetic, noisy crowd scene that Wolf-Ferrari depicts makes the jubilant throngs at the Café Momus in “La Bohème” seem well-behaved. There are vendors selling pasta, pizza, watermelons and rosaries. Children shout, shoot toy pistols and set off firecrackers, all depicted in a dizzying choral ensemble with lush Straussian orchestra swirlings. The music is so extreme it is hard to resist.

Berlin? That may seem an unlikely birthplace for an Italian potboiler. But Wolf-Ferrari was a man of two countries, born in Venice in 1876 to a Bavarian father and an Italian mother. He had musical training in Germany, was a devotee of Wagner and was greatly admired by Strauss. His most successful Italian operas were comic pastiches that went over better in Germany and the English-speaking world than in Italy. With “I Gioielli Della Madonna” Wolf-Ferrari jumped aboard the verismo bandwagon in an attempt to conquer Italian audiences

It did not work. Many Italian critics were offended by this half-German composer’s depiction of knife-wielding, mandolin-playing low-life Neapolitans and called the score vulgar. The work had a run at the Metropolitan Opera in the mid-1920s with Maria Jeritza in the central role of Maliella, though the soprano Rosa Raisa, who would go on to create the title role in Puccini’s “Turandot,” was its signature interpreter.

Ermanno Wolf-Ferrari, son of an Italian mother and a German father, was born in Venice but acclaimed only when he took his operas to Germany, where he became quite popular during the first decades of the twentieth century.

When Italy and Germany went to war, his career languished, and his music has not endured — perhaps because his most notorious work, the brief, comic Segreto di Susanna, arouses modern prejudices: it’s a hymn to the joys of cigarette addiction. Or perhaps it’s because he never quite settled on a single style, and his tuneful, professional operas do not fit into any easy category.

I Gioielli della Madonna (The Jewels of the Madonna), a story of passion, sacrilege and madness among superstitious Neapolitan hoi polloi, composed in 1911, is Wolf-Ferrari’s sole contribution to the Verismo genre. It was quite popular in its day, especially in Chicago, where the great Polish soprano Rosa Raisa made it a celebrated vehicle. Maria Jeritza (and, later, Florence Easton) triumphed in it at the Met, in an all-out superspectacular production in 1926 with street scenes in anthropological detail, giving the snooty Times reviewer the chance to condemn its vulgarity in a group with Cavalleria Rusticana and Tosca — names unlikely to deter opera fans today. On the strength of the excellent concert performance presented by Teatro Grattacielo at Rose Hall last Monday, Wolf-Ferrari might be worthy of more attention, though there are few Raisas or Jeritzas around today who could do the role of Maliella justice.

Wolf-Ferrari’s gifts for depicting character with melody, his skill at taut plotting and abrupt turns from festival to horror were rather greater in his youth than were evidenced in the much later Sly, when the Met produced that dreary vehicle a few years back. As a composer, Wolf-Ferrari is not so much of the manner of such contemporaries as Giordano and Montemezzi as a harkener back to the melody of Ponchielli, Boito and the young Mascagni. If the crowd scene that opens I Gioielli takes a lot of time (and would cost a fortune to stage — peddlers, street kids, folk making the evening passaggio, the full panoply of local color) and the orgy in the den of brigands in Act III goes on for rather a bit, there is always a pleasing tunefulness to pass the time. Too, the composer has the orchestral skill for not one but two intermezzi and a ballet — though I did not find them as evocative as Mascagni’s or Ponchielli’s.

The story was devised by the composer, probably after being fleeced during a Neapolitan vacation. Venetians are reluctant to admit that Neapolitans belong to the same nationality as themselves, and the Camorra, who figure loudly in the opera, are still the real rulers of the city.

Gennaro is lustfully obsessed with young, arrogant Maliella. As Maliella, a girl of low birth, has been raised as his foster sister, she finds his possessive attitude grotesque; she is attracted to the sexy local Camorra boss, Rafaele, who offers her anything she likes — even the jewels that adorn the wonder-working local statue of the Madonna, Queen of Heaven. Of course Maliella would never ask such a sacrilegious gift, and even Rafaele wouldn’t really steal them, but she tosses the offer in Gennaro’s face — and he, maddened, does just that, decorating the girl with the stolen jewels and using her shock (and her lust aroused by a duet with Rafaele) to seduce her. Now that she’s damaged goods, Rafaele, who has boasted of her virginity, no longer wants her and the Camorra are horrified by the accusation they will surely receive when the theft is discovered. Maliella drowns herself. Gennaro goes mad, prays for repentance, and stabs himself in religious ecstasy — yes, this is another opera composed in the era of turn-of-the-century Catholic revival (Suor Angelica, Le Jongleur de Notre Dame) where the Madonna makes a climactic, fatal appearance.

There is no one to like very much in this story, and its erstwhile popularity may be credited in part to the audiences’ cheerful contempt for the superstitious lower orders. In an earlier era, Mozart’s Bastien und Bastienne and Bellini’s La Sonnambula tickled sophisticates with tales of naïve peasant love — how happy we might be if we were as poor and simple as they! In the Verismo era of Cavalleria Rusticana, Tiefland and I Gioielli della Madonna, the pitying sneer was again not unmixed with envy: we’re too civilized to believe in the miraculous or to avenge betrayal with blood, but aren’t these peasants passionate? Wouldn’t it be nice if we could feel like those simple folk? Among later works in a similar strain, one can think of Kurt Weill’s Threepenny Opera (in which German lowlifes paraded their passions for a cheerfully shocked bourgeoisie), Gershwin’s Porgy and Bess and Bernstein’s West Side Story. This patronizing attitude has not died out. Why should it? Sophisticates who have no intention of renouncing their sophisticated privileges, love to think they bear a burden.

For the Grattacielo performance, Julia Kierstine wore a red spangled gown as loud as, well, Rosa Raisa — she was fun to watch. Her voice had the heft and the lyric lilt for sexy Maliella, but the annoying quality of singing around rather than precisely on the pitches. I did not get the sense (which the composer clearly wished to convey) of a flaunting but naïve sexpot, and am not sure if it was her technique or the melody that failed. Kierstine did better with the sensuous duet in Act II (which does not get pornographically out of hand because the composer has cleverly put a locked and barred garden gate between the two passionately lusting lovers), and the brief Verismo mad scene that accompanies her seduction at the act’s climax.

Joshua Benaim tossed off Rafaele’s addresses with the proper casual and sexy address — one believed in the sincerity of his passion for Maliella — until he finds she’s no longer a virgin, and discards her in disgust. Benaim has a sturdy, well-focused, slightly rough-edged baritone, and he cleverly makes use of its roughness to display the nastier sides of Rafaele’s personality, barking the lines in disgust in contrast to his elegant phrasing of serenade and yearning duet. He is a gifted, intelligent singer, and Italian opera of this era rewards that sort of skill.

Raúl Melo sang the tormented role of Gennaro with fervor that never interfered with an attractive lyric line. Gennaro is rather a one-note character until his final magnificent scene of repentance and suicide, and the character is not a pretty one, but the quality of Melo’s singing kept us eager to have him return, to hear what he would give us next.

Eugenie Grünewald sang Gennaro’s mother Carmela with the right broad and earthy spaciousness, not unmixed with an unfortunate wobble. The many small roles were cast with Teatro Grattacielo’s usual expertise.

David Wroe, the company’s music director, kept impressively on top of this elaborate score, which his large orchestra, enormous chorus (on the rear tiers of the hall), mandolins for local color (not overdone, thank you Maestro Wolf-Ferrari), and expert children’s chorus performed with great panache until the final slightly uneven pianissimo. There was even a mime for one intermezzo and four dancers for the orgiastic ballet — capable no doubt, but for me the least interesting part of the night; I kept my eyes closed to focus on the music-making.

Rose Hall is not enormous and the acoustic varies greatly — I found my seats in the front orchestra awkward due the brassy explosions of the opening scene, the balances much better from the rear of the section for the other acts. A loud, elaborate orchestration calls for sitting farther back — as in any hall.