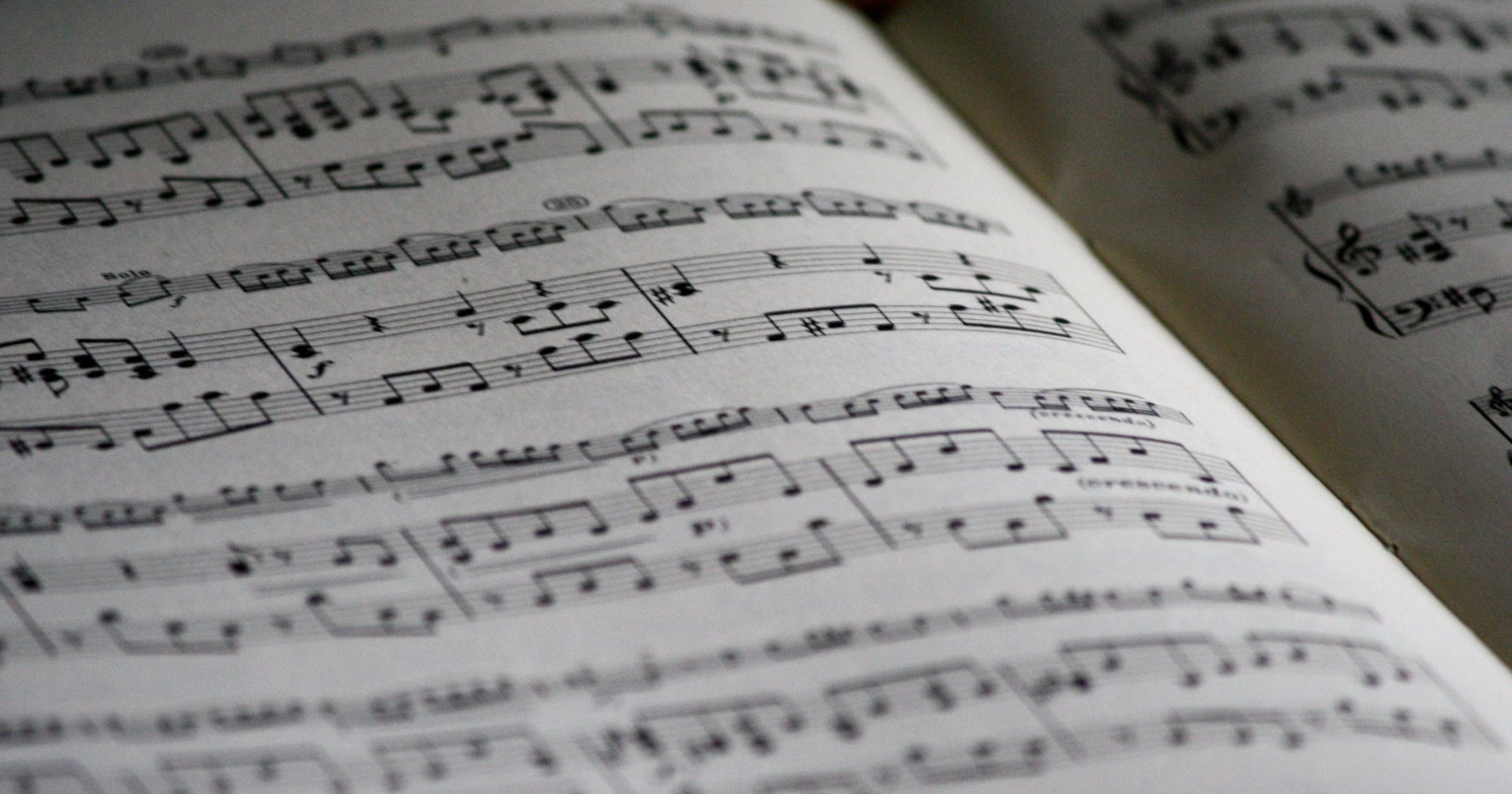 Teatro Grattacielo, the enterprising company that produces one concert performance of a rare giovane scuola opera per year, raised some eyebrows when it announced that this year’s choice would be Riccardo Zandonai’s Il Grillo del Focolare (The Cricket on the Hearth), based on the charming novella by Charles Dickens. The source material just didn’t sound like the stuff of verismo, and Zandonai tended to be at his best with full-blooded, feverishly passionate works such as Francesca da Rimini and I Cavalieri di Ekebu.

The performance, given on October 14 at the Gerald Lynch Theater at John Jay College, turned out to be a surprise, as lush and dramatic as any of the composer’s better-known operas. Dickens’s story entwines the lives of several Londoners over the course of a few short days as they grapple with grief, marital discord, and unfounded jealousy. Setting the plot in motion is the unexpected return of a young traveler, presumed for many years to have been lost at sea. As in A Christmas Carol, everything ends happily with a Christmas Eve resolution.

The opera, written to a libretto by Cesare Hanau, was Zandonai’s first; he composed it at twenty-two and it received its first performance in 1908 in Turin. Remarkably, it proves that the young composer’s vivid sense of orchestration and musical style had emerged full-blown. Memorable tunes arise and are developed, often in strong, emotionally contrasted counterpoint. A standout is the Act III opening scena for the baritone, which reaches a dramatic pitch that recalls Ford’s jealousy aria in Falstaff. The opera’s emotional temperature finally settles down in the moving climax, with a peaceful ending assured by the sound of carolers in the street. (The cricket of the title, evoked by Zandonai as a chirping motive in the strings, is a symbol of domestic happiness.)

Israel Gursky, who conducts frequently for Grattacielo, led a forty-four-piece orchestra with a firm grasp of style, if not a perfect sense of sonic balance—voices were occasionally covered, something which might have been corrected with a bit more rehearsal time. The level of singing among his soloists was unusually high. As Dot, soprano Megan Monaghan projected sweet resolve and a glimmering timbre. As her suspicious husband, John, Weston Hurt unfurled a ringing, fine-grained baritone enhanced by great elegance of phrasing, fluid Italian diction, and a strong stage presence. It comes as no surprise that he sings many of the major Verdi baritone roles. Tenor Scott Joiner got to use two different voices—one as the ardent young hero Edward Plummer, the other as an old man when Edward is in disguise. Both voices were thoroughly convincing. Baritone John Robert Green sang suavely and touchingly as Caleb Plummer, Edward’s father, who believes him dead. Erik Kroncke used his dark basso to good effect as the nasty, Scrooge-like Tackleton, though he was beset by a tremolo that was at times intrusive. Teresa Buchholz lent a plush, firm contralto sound to the role of Caleb Plummer’s blind daughter Berta, and Jessica Fishenfeld, though she had little to sing as Edward’s love interest May Fielding, impressed with her firmly placed soprano.

Soprano and baritone as lovers are the operatic equivalent of a mixed marriage, and if you give them Dickensian names like Dot and John Peerybingle – well, just try to sing that in Italian, or apostrophize “Dot” with romantic yearning. The concluding consonant defies you. (A less courageous librettist would have transformed her into Dora or Dorothea, but not here.)

It’s a positive relief when a misunderstanding causes jealous anguish – oh great! we sigh; Riccardo Zandoni’s Il Grillo del Focolare is an opera after all. Cast them with Megan Monaghan’s luxurious soprano, and Weston Hurt, a true Verdi baritone with sweeping power and emotional range, and it doesn’t matter how you pronounce Peerybingle. Opera has achieved liftoff.

Zandonai, like so many opera composers, hangs on in the repertory by the thread of a single work, in his case the infrequently revived Francesca da Rimini, a dreary tale of brief, doomed love, drawn out to excessive but scenic length. Francesca, redolent of art nouveau perfume though it be, does not display Zandonai at his best.

One of the missions of Teatro Grattacielo, which has been presenting concert versions of Verismo curiosities for a quarter century now, has been to revive the lesser-known (or more-forgotten) Zandonai operas along with those of Alfano, Leoncavallo, Giordano et al. Last Saturday, at the Gerald Lynch Theater, they gave their third Zandonai piece, and each of them has proved worthier of notice than Francesca.

The latest offering shows us the man in 1905, at 22 years of age, aspiring to a comic opera derived from one of Charles Dickens’s renowned Christmas stories. Four or five operas had already been made on “The Cricket on the Hearth” in various languages. Even English. All are forgotten today.

The score is full of charming melody, the orchestration adept and brilliant. Domestic themes soar like Strauss in one of his homebody moods, but if Zandonai knew the early Strauss tone poems, only the technique rubbed off: The line is clean, a soothing, tuneful backdrop to a story full of Dickensian sentiment. There is substance here, not bombast.

So why was the opera not a huge hit? Why is it unknown today? The problem, it seems to me, is that nothing memorable sticks out. There are no popular arias for excerpt or encore. Puccini, with such tunes, was careful to foreground them: a hint or two in the orchestration, but then the heroine would tell her story, and we would take the tune and the lady to heart.

Zandonai, born a generation later, perhaps feared such a style was old-fashioned. He was aiming for modern music-drama. The singers declaim, and Zandonai knew how to write for the voice, feelingly, without excessive strain over a sizable orchestra. But they do not break off to present themselves, to stop the show for applause. Too, there is a decided paucity of concertato.

If Zandonai had been of Puccini’s generation – or, say, Donizetti’s – sometime before Italians began to feel they had to apologize for stopping the show while the singer put over a big tune that would stick in the mind and play on the barrel organs – he might, with his gifts, have had a much livelier career. In the meantime, we have Il Grillo del Focolare (the household cricket in question represented by piccolo), which is a very pleasant way to pass the time.

The interplay of love stories on Christmas Eve circles around John and Dot Peerybingle. Their old friend Caleb Plummer has lost wealth and hope with his son, the long-vanished sailor Edward, and is evidently in debt to stingy old Tackleton who, to add injury to insult, plans to marry Edward’s fiancee, May Fielding. Caleb spends his time describing his shack in grandiose terms to his remaining child, Berta, who is blind and credulous and thinks the place the lap of luxury.

But what if Edward should turn up (disguised) and Dot should get him married to May before Tackleton finds out? Well, John might see Dot with the stranger and suspect all sorts of things is what. Without a hurt, the heart is hollow, eh? But it’s Christmas. All ends well enough.

What draws audiences to Teatro Grattacielo, besides the eccentric charm of so many of these scores, is the opportunity to hear some striking young singers bring them to life. Megan Monaghan, the adorable, unpronounceable Dot, has a velvety soprano and a radiant way of presenting herself. Some of her top notes rang a little hollow in the long opening monologue (don’t you hate composers who don’t let their singers warm up?), but in just a scene or two, she was in full control of a long evening of rearranging lives and reconciling with her jealous spouse.

Weston Hurt, unfamiliar to me, had the Leonard Warren-esque warmth for a Rigoletto or Nabucco (both of which he sings) or Miller or Renato. His long, tortured declamation at the opening of Act III, when he suspects his wife of taking a lover, was the only vocalism of the night that aroused an interruption of applause. Had it been an aria (with a cabaletta for the part where he relents and decides she’s right to leave him), folks would have shaken the rafters.

Scott Joiner sang the long-lost sailor, partly in vocal disguise as a rude old tramp. It’s not much of a part, but Joiner demonstrated theatrical talent and a most agreeable light tenor. John Robert Green, another well-schooled baritone as Caleb, was called upon to pluck our heartstrings with his imaginative lies to his blind daughter.

Bass Erik Kroncke played the malicious Tackleton, a role the composer cannot bring himself to make truly evil. Teresa Buchholz sang blind Berta with some gorgeous near-contralto tones, but her voice turned dry on the bottom of this extremely wide-ranging role.

Megan Monaghan lent a silvery, incisive soprano to the role of Dot Peerybingle, the voice of reason here, who rhapsodized about the resident cricket, its chirping depicted by high strings and winds, as “l’anima della casa” (“the soul of the house”), and waxed cheerfully mystical when clearing up the many misunderstandings. Weston Hurt, singing John Peerybingle in a warm, hardy baritone, was the husband Monaghan’s Dot joined in a pair of romantic duets in Act One. They more than once brought Giuseppe Verdi’s Fords, fond allies who also feud, in “Falstaff,” to mind. And following an orchestral interlude at the start of Act Three, responding to and resolving the chaos in which Act Two ended, its ensembles abounding in surprising revelations, Hurt gave impressive voice to tour-de-force “Una prova! … Una prova!” (“Proof! Proof!”), combining murderous jealousy, anger, and self-pity, in reaction to Dot’s imagined infidelity, the calm restored only by the peaceful soaring sound of the cricket.
Tenor Scott Joiner was the impassioned Edward Plummer, rescuing his beloved May Fielding, soprano Jessica Fishenfeld, from unwanted marriage to the villainous Tackleton, bass Erik Kroncke, in the nick of time. Mezzo-soprano Teresa Buchholz was a lyrical Berta, Edward’s blind sister, welcoming him home in a ringing recognition scene and more than grateful, rather than resentful, that their father, Caleb, baritone John Robert Green, had long limned an incredible, fantastical picture of their actually bleak world for her.
Choristers of Cantori New York, singing a Christmas hymn, joined the soloists for an exultant finale.