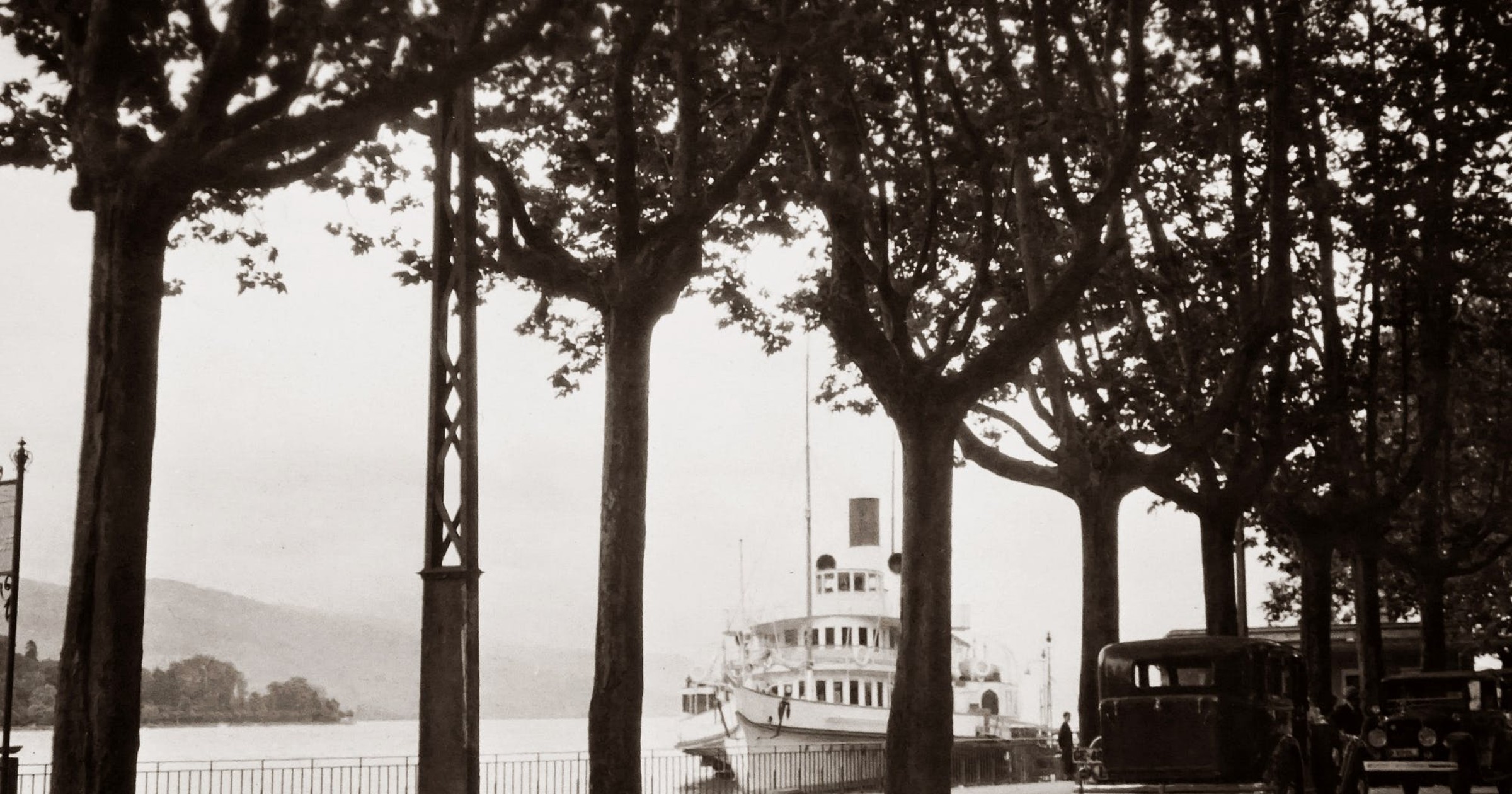 Italo Montemezzi’s great “lost” epic opera, La Nave, was heard on 31 October for the first time since 1938, leaving an enthusiastic New York audience wondering why on earth it had been neglected for so long.

Critics who wrote about La Nave in the past were given to playing on the title (La Nave = The Ship), and talked of launchings, sailings, dockings, calm seas, anxious sailors, and so forth. Extending that tradition, Hurricane Sandy almost left La Nave high and dry, for Teatro Grattacielo’s performance scheduled for Monday 29 October had to be cancelled on account of squalls, and only some heroic behind-the-scenes efforts allowed it to be put on two days later instead. It was not undamaged by the weather, for the chorus was slightly below strength and the Rose Theater full of empty seats reserved by those who sadly couldn’t make it. But those who could gave every sign of feeling very fortunate to be there.

Montemezzi (1875-1952) has gone down in operatic history as the ultimate “one work” composer, that work being L’Amore dei Tre Re (The Love of Three Kings) of 1913, an opera which enjoyed enormous international success and acclaim for about three decades after its premiere. As Alan Mallach found occasion to state in The Autumn of Italian Opera: From Verismo to Modernism, 1890-1915 (2007), “While even moderately serious opera buffs know of Mascagni’s L’amico Fritz and Iris or Leoncavallo’s Zazà, it is hard to imagine anyone but a true specialist who can name another Montemezzi opera, or proffer even the most minimal information that might illuminate who he was, and how this shadowy figure came to write this one notable opera.” Yet Montemezzi himself considered La Nave of 1918 to be his masterpiece, and his close friend Tullio Serafin, who conducted the premieres of both operas, agreed. Montemezzi wrote in 1931, “La Nave … is my major work. I insist: my major work. I shout it to the rooftops so that I may be heard.” It was a source of great frustration to him that he continued to be associated almost wholly with the earlier opera.

When La Nave was premiered at La Scala in 1918, the Italian critics had a number of reservations. They found Montemezzi’s choice of a play by Gabriele D’Annunzio, Italy’s most famous and notorious living writer, both unsuited to operatic treatment and (in many cases) not very well handled. And they found the music too heavily Germanic, too saturated with Wagner and Strauss — the First World War had, unsurprisingly, hardened attitudes to German music in Italy — and insufficiently tuneful. By 1938, when there was a very important revival of La Nave at the Teatro Reale dell’Opera in Rome, Mussolini’s showpiece opera house, the force of these criticisms had abated considerably, and the general attitude was surprise that such an obviously major opera had been neglected for so long. But in 1943 all the performance materials were destroyed by allied bombing, putting an end to the opera’s stage career. The manuscript full score survived, however, and from this new parts have been generated which allowed the historic revival of La Nave on 31 October. The opera is now generally available for hire again.

Teatro Grattacielo put on concert performances, which have the benefit of focussing attention firmly on the music, though in this case the ballet sequence in the second “Episode” was enacted by the I Giullari di Piazza Dancers, which brought some curious visual diversion half way through. How well La Nave would stand up dramatically today it is hard to say: it is a strange story concerned with the foundation, or rather the promise of the foundation, of Venice as a great maritime power; the plot is permeated with Italian nationalism, and contains a good deal of obscure motivation. But the music is magnificent from start to finish, and the opera certainly deserves to be staged, so the full grandeur of Montemezzi’s conception can be appreciated. Almost all the critics of the opera in the past agreed, whatever their other objections, that Montemezzi’s orchestration and treatment of the choir were extraordinarily impressive, and the New York performance showed they were right. The orchestration, clearly akin to that of L’Amore dei Tre Re, is Wagnerian, yet the Wagnerianism is refracted through an Italian sensibility, with a gripping nobility, sweeping, cinematic quality, lyrical voluptuousness, and restless play of instrumental textures. The sheer lushness of the score was beautifully brought out by Israel Gursky’s passionate conducting of the Teatro Grattacielo orchestra, and his timing seemed to me faultless — he let the music breathe, but also drove it along with irresistible momentum. The opera was shorter than I had expected, the Prologue and three “Episodes” adding up to a little over two and a quarter hours of music. Perhaps Montemezzi had learned from Mascagni the danger of making epic operas too long.

The complete assimilation of the chorus into the structure of the opera was Montemezzi’s major technical advance in La Nave. Apart from a lengthy section in the first “Episode,” where the epic tone of the work is relaxed, the chorus, representing the early Venetians, is almost constantly involved in the unfolding story, shaping as well as responding to events. Matteo Incagliati (reviewing it in 1938) was right to categorize La Nave as a “choral opera” and to see it as akin to Boris Godunov. Montemezzi, like Mussorgsky, believed that he could distil the longing, lyrical essence of his people in music, and the Teatro Grattacielo chorus did full justice to his inspiration, singing with resounding force that never turned harsh or descended into mere noise.

By far the biggest role in the opera is that of Basiliola, an alluring, cruel, capricious and vengeful woman whom D’Annunzio originally imagined as touched by madness and into whom he poured all his great love and hatred of women. It is an incredibly demanding role, and Tiffany Abban told me afterwards that it was the most difficult thing she had ever done: “as difficult as the title role in Aida, but much more unrelenting.” Yet she made it look and sound, if not easy, at least comfortable, and gave an assured, commanding performance with a thrilling voice which seemed capable of anything. Her Basiliola was more gentle and sympathetic then I had imagined the character sounding, and perhaps that was, in part at least, because the nature of a concert performance tends to limit the full expression of character — this Basiliola did not need to kill people on stage! But clearly Montemezzi’s musical portrayal of the character allows some freedom of interpretation, and for anyone directing a stage performance one of the big questions would be how sympathetically Basiliola should come across.

The next biggest role, again by a wide margin, is Marco Gratico, the tenor. Robert Brubaker sung with exhilarating power, and made Marco sound thoroughly heroic — whether the character should sound quite that heroic is another interpretative issue a staged production would need to consider, for Marco, who is incited by Basiliola to kill his brother, is a seriously flawed hero. From a purely musical point of view, however, much could be said for Brubaker’s decision to simply concentrate on bringing out the soaring beauty of Montemezzi’s vocal writing. Most of the other solo roles are comparatively small, though by no means easy, and were generally very ably filled, Ashraf Sewailam, who sung the part of Orso Faledro, Basiliola’s blinded father, and Kurt Dougherty, taking three of the minor roles, being particularly outstanding. The only disappointment was Joseph Flaxman as Traba, the monk, a character who appears to sternly denounce Basiliola’s immoral goings on in the first “Episode.” He is a vital character in the opera, for he is the only one who holds Basiliola’s behaviour up to something like objective examination, and he reveals her infidelity to Marco. Yet Flaxman sang sweetly, with no hint of moral outrage. Here, perhaps, the limitations of a concert performance were most acutely felt.

Altogether Teatro Grattacielo made a triumphant case for an opera that must, in any historical or artistic point of view, count as one of the major Italian operas of the 1910s. All credit to them for their ambitiousness and ability to instil enthusiasm in supporters and performers that makes such projects possible. If there were a prize for the operatic revival of the year La Nave would be a strong contender. Let’s hope that other companies will now take it up.

With its murders, fratricide, masochism, severed tongues and gruesome finale, in which the heroine is nailed to the prow of a ship, Italo Montemezzi’s opera “La Nave” seemed an appropriately creepy work for Halloween night.

Teatro Grattacielo, which focuses on obscure Italian operas, had scheduled its concert performance of the little-known work for last Monday but postponed it until Wednesday because of Hurricane Sandy. The large number of empty seats at the Rose Theater at Jazz at Lincoln Center was not surprising, given the continuing power failures and limited transportation.

This was said to have been the first time “La Nave” had been heard in America since 1919. The last international production was in 1938; the orchestral parts were destroyed shortly afterward, in World War II.

Montemezzi is best known for his opera “L’Amore dei Tre Re” (“The Love of Three Kings”). He composed “La Nave” in 1918, based on a play of the same name by the nationalist Italian poet Gabriele d’Annunzio about two families vying for control of Venice in the mid-sixth century. Montemezzi’s opera represented his own strong patriotism at a time when Italy was trying to expand its territory.

Israel Gursky, an assistant conductor at the Washington National Opera, led the Teatro Grattacielo Orchestra and soloists in a vigorous, if not always polished reading of the lushly colored work, which consists of a prologue and three episodes. Relatively conservative in its harmonic language, the score is embellished with colorful effects and reflects the styles of Strauss, Debussy and particularly Wagner, with leitmotifs woven throughout.

The Dessoff Symphonic Choir sang with fervor, albeit sometimes untidily, in the crowd scenes, representing sailors, prisoners, clergy and townspeople.

Tiffany Abban, a soprano, sang passionately but often inelegantly as Basiliola, the manipulative seductress who causes fratricide, shoots her victims with bow and arrow, dances seductively and bewitches Marco Gràtico, the newly elected tribune of Venice. He replaced her father, the previous tribune, who was tortured by his enemies.

As Marco, the tenor Robert Brubaker offered the most involving interpretation of the evening, with only a few strained notes marring his dramatically vivid performance. The cast also included a strong performance by Daniel Ihn-Kyu Lee, a baritone, as Sergio Gràtico, Marco’s brother.

Staged versions would also include Basiliola’s four brothers: silent roles, since they’ve had their tongues cut out