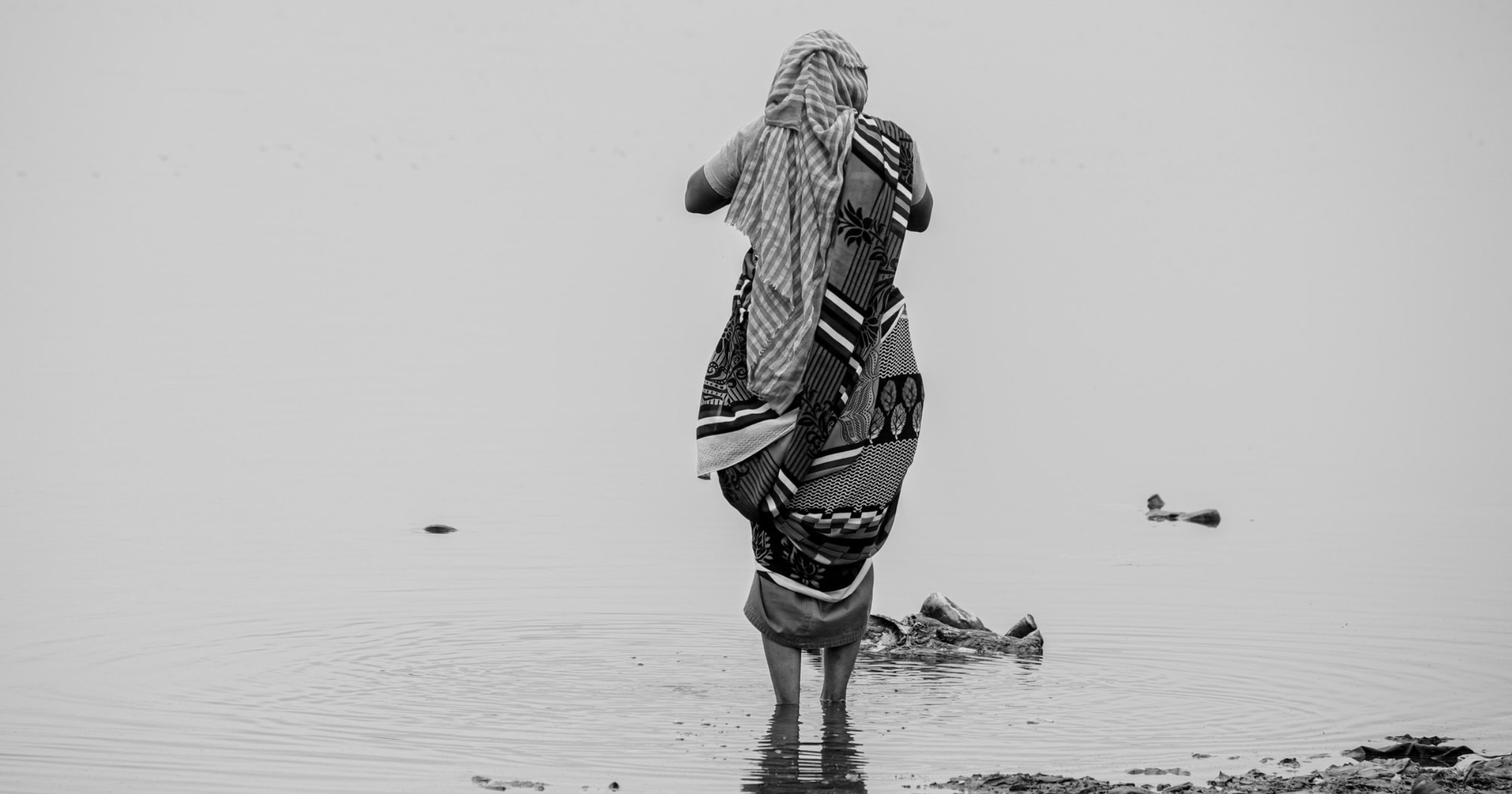 When Puccini died in 1924, he left only sketches for the finale of his opera “Turandot.” A parade of prominent Italian composers were proposed and rejected before Franco Alfano was finally picked to complete it.

Even if he wasn’t the first choice, Alfano’s selection made perfect sense. In 1921, he had had a success with “La Leggenda di Sakùntala,” which, like “Turandot,” had an exotic Asian setting, richly colored music and an ending that skirted tragedy before switching to blissful transfiguration.

Alfano’s score was believed to have been destroyed during World War II, so he reconstructed it from memory and retitled it simply “Sakùntala,” and it had its premiere in 1952. This was the version that the feisty company Teatro Grattacielo devoted to concert productions of Italian operatic rarities, delivered in a warm, fragrant bath of a performance on Tuesday at the N.Y.U. Skirball Center for the Performing Arts.

Based on a story from “The Mahabharata,” the opera centers on Sakùntala, a shy young woman being raised among hermits in India. A king declares his passion for her, but she is cursed by one of the hermits — for the feeble reason that she isn’t around to open a door for him — to be forgotten by her royal lover. While she has killed herself by the time the king remembers her, their newborn baby is rescued at the last minute.

Alfano wrote densely perfumed music for this densely perfumed plot. Without breaks for applause, each of the three acts moves forward in languid exhalations that recall Debussy and Ravel, while the score’s dissonances — sumptuous rather than severe — sound like the Strauss of the 1910s (“Der Rosenkavalier,” “Ariadne auf Naxos”).

The music had lush charm in the Grattacielo orchestra’s scrappy but committed performance, conducted with energy by Israel Gursky. But the opera’s shortcomings were clear. There’s the problem of that pointless curse. And as in Puccini’s “Madama Butterfly,” the tenor sits out Act II, but here his absence makes less sense and the wait for him is less poignant.

Alfano was a master of fervent but faceless lyricism. Sakùntala, in particular, gets big outpourings that the soprano Michelle Johnson handled eloquently on Tuesday. But only a singing actress of rare vitality and imagination could find a character in those aimlessly soaring lines. She and the compactly ringing tenor Raul Melo brought a flicker of connection to the love duet that ends Act I.

Most heartening was the admirable complement of male singers in smaller parts, including the bright-voiced tenor Kirk Dougherty, the articulate baritone Peter Kendall Clark, the concrete-solid bass Damian Savarino and the suavely authoritative bass Young Bok Kim. Even major companies struggle to appropriately cast such roles; it’s a sign of firm artistic leadership that the Teatro Grattacielo does it so well.

The relatively lucky few New Yorkers who are “in the know” about Teatro Grattacielo’s existence eagerly anticipate their annual one-off concert performance of a rare verismo or post-verismo Italian opera. Last October’s thrilling revival of Montemezzi’s 1918 La Nave (its first since 1938) set the bar high for this resurrection of Franco Alfano’s 1921 Sakuntala. It was on the strength Sakuntala that Alfano was chosen to complete Puccini’s Turandot. Impressive credentials for an opera, but despite a very strong performance, the evening didn’t quite live up to the best of seasons past at Grattacielo. The fact such a committed team of musicians couldn’t make this Sakuntala an unqualified success shone a harsh light on the many problems with this admittedly attractive score.

Drawn from a fourth century Sanskrit play, the libretto is a muddled story about a girl, Sakuntala, who is believed to be born of a union between a royal and a nymph. For her whole life, she has been carefully sheltered in a hermitage tucked away in lush forest. But when the King’s hunting party stumbles upon this hideaway, he falls in love with Sakuntala at first sight. The innocent girl resists his charms at first, but predictably succumbs to his outpourings of devotion. But then, for no intelligible reason, the King does not marry her immediately, which would presumably be within his power as sovereign. Instead he leaves her behind, with the unspoken expectation that he will come back for her later. But time passes, and he does not return. Afflicted by the curse of an old man who is angered that a distracted Sakuntala did not open the hermitage so that he could pray there, the King develops a case of amnesia about his would-be bride. She later turns up at the palace, and though she is presumably just as beautiful as when he saw her the first time round, on this occasion he shows positive revulsion at the idea of being her husband. Sakuntala, in despair, throws herself into a pool and is consumed by a supernatural fireball, but somehow leaves behind a son - an heir who will succeed the King. With such a confused and confusing plot and poorly developed characters, it would be difficult for any composer to generate real interest here.

As might be expected of an Italian score from this period, there are only vestigial limbs from the days when melody was paramount. Not unlike Montemezzi, Alfano was beholden not only to his Italian forebears, but in a major way to Debussy and Wagner. Set pieces were by then considered pass�, so we find in this score no arias, no trios, no sextets. The duets are better described as dialogs and the vocal writing consists entirely of declamation with scraps of melody thrown in. It takes both a good libretto and a strong sense of dramatic pacing on the part of the composer to make this kind of thing work. When the climactic moments come, they should be built up to carefully so that they mean something.

But Alfano does this less skillfully than Montemezzi did in La Nave. In Sakuntala, the score’s ecstatically dreamy orientalism is so unrelenting that the moments of crisis and high drama get lost in the shuffle. The very first thing that captures the attention of the listener from the opening bars of Act I is the richly delicious orchestration - but it so ceaselessly rich that by the time the third act rolled around, I was already suffering from mild indigestion.

Yet an evening with Teatro Grattacielo is never a wasted one, even if the opera on display isn’t the greatest. Hearing a work by a composer who is largely unfamiliar, from a time when Italian opera’s importance was waning, is fascinating from a pedagogical standpoint: it helps us better contextualize the more beloved works. And the score has many individual moments that are highly enjoyable for their own sake, including marvelously evocative busy chromatic figures in the orchestra, representing an annoying bee that attacks Sakuntala. Alfano made some very original and daring artistic choices - the kiss between the King and Sakuntala is not painted by the orchestra with the kind of rapturous melodic climax we would expect from Puccini, but with music that is more ominous and dissonant, foreshadowing the strife that will ensue from that kiss. There are many lovely contributions from the choral forces, including gorgeous vocalises con bocca chiusa and on the syllable “ah”. Sakuntala, even if ultimately an unsatisfying work, is an opera that deserves to be heard on occasion - and might well prove more rewarding if fully staged by a company equal to its needs for lavish stagecraft and big voices.

And on the subject of big voices, the artistic director, Duane Printz - a trained singer herself - has a marvelous knack for assembling casts consisting of the best and brightest talents. In this respect, I daresay no-one left Skirball Center feeling let down. Soprano Michelle Johnson has a big, juicy Verdi soprano that was absolutely ravishing: more than once I was reminded of Leontyne Price. Though the title character is a cipher, Johnson put every bit of her heart, soul and guts into her monologues and her duet with her love interest. It is a voice bursting with interesting colors, and also cleanly cut through the dense orchestration of the score. Johnson’s was a fully committed performance, and she definitely garnered the most raucous cheers during curtain calls. She had a worthy partner in tenor Raul Melo, a veteran of Teatro Grattacielo since its inaugural season in 1998. He sang the role of the King with the rare kind of muscularity and volume required of tenors by scores of this era. Melo’s soaring high notes and passionate outbursts were quite exciting, but overall, his was a more emotionally distant reading than Johnson’s.

Egyptian bass Ashraf Sewailam, another regular with the company, was cast in the musically small but dramatically important part of Durvusas. Why we are not seeing Sewailam in bigger parts is a mystery. It’s a huge voice, the kind that commands instant attention by an audience; he brings secure technique and great passion to whatever part he takes. Worthy of special mention was mezzo Shirin Eskandani as Priyumvada, who not only sang with great sensitivity to drama, but whose marvelously precise and easily understandable Italian diction was a treat to hear. As Anusuya, light soprano Asako Tamura also shone, her brighter instrument a nice contrast to the other female voices. Conductor Israel Gursky led a well-paced and passionate performance by the orchestra and chorus.